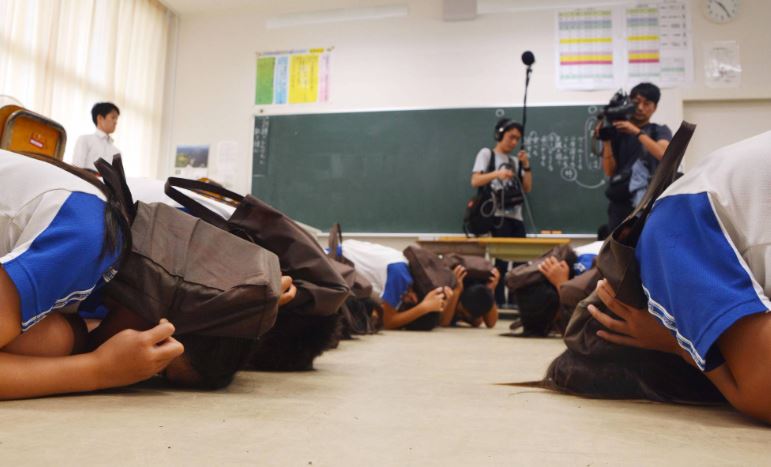 (Courtesy of JIJI and Japan Times) – Japan will resume evacuation drills for residents later this month to prepare for a possible ballistic missile attack, after a series of North Korean missile launches this year.

The drills will take place in 10 municipalities of eight prefectures including Hokkaido and Okinawa, after a break since June 2018.

Japan held missile evacuation drills in 29 municipalities between 2017 and 2018. It stopped the exercises after recognizing an easing of tensions following a U.S.-North Korea summit in June 2018.

The central government has discussed schedules and other details with local governments hoping to hold such exercises.

This month, an evacuation drill will take place in the city of Uozu, Toyama Prefecture, on Sept. 22 and in the town of Tonosho, Kagawa Prefecture, the next day.

During missile evacuation drills, information about a hypothetical missile and the predicted place where the missile would fall is sent to residents through the nationwide J-Alert warning system and the Em-Net emergency information network.

There will be missile evacuation drills in the towns of Kyogoku and Esashi, Hokkaido, in October and in four places including the village of Awashimaura, Niigata Prefecture, and the town of Yonaguni, Okinawa, in November.

The city of Nakatsu, Oita Prefecture, and the Okinawan capital of Naha will conduct such exercises in January 2023.

“China will be among the factors taken into account in the planned drills,” said a senior official at the Prime Minister’s Office.