The ocean, the blue heart of our planet, is about to be plundered by big business 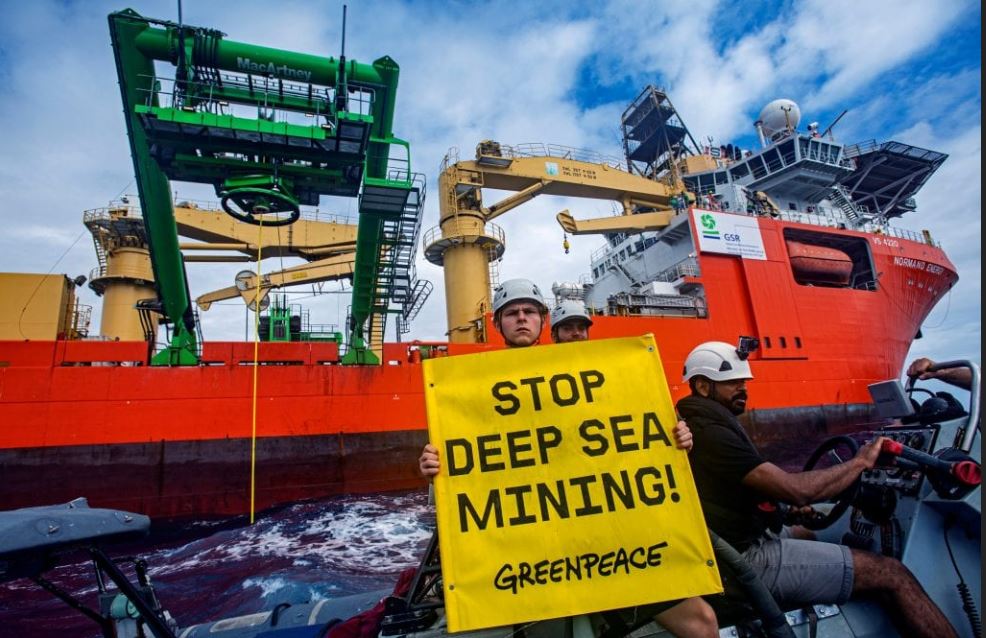 Santa Monica, Calif. – We are all engaged in the quest to reduce greenhouse emissions, put less plastic into the oceans and subsequently into our bodies. Many of us are riding e-bikes, like the Van Moof S5, in order to use less gasoline and hopefully save the environment. Some of us even dream of owning a electronic vehicle so we can drive here and there without polluting the environment. We are all making little sacrifices that will hopefully keep the planet stable and help curb the ever-increasing climate crisis.

Recently, Nauru Ocean Resources Inc, a subsidiary of Canadian firm The Metals Company (TMC), says it received permission from the International Seabed Authority (ISA), an organization established by The United Nations, to pilot its extraction of 3,600 tons of metal-rich “nodules” from an area of international seas located in the Clarion Clipperton Zone between Hawai’i and Mexico.

However, the permission has been granted without the ISA finalizing negotiations for deep-sea mining laws and regulations. In addition, the ISA allegedly didn’t involve certain countries and at-risk people during the supposed process that led to the alleged authorization to commence extraction of metals from the seabed.

Deep sea mining has been opposed by at least four countries that will be negatively impacted if deep sea mining is allowed to proceed unchecked and unregulated. Palau, Samoa, Fiji, and the Federated States of Micronesia all oppose deep sea mining stating that deep sea mining could do irreparable damage to the seabed and deep-sea ecosystems that are rich in unique biodiversity but still poorly understood.

Just last year, the overwhelming majority of governments, nonprofit organizations and civil society groups at the world congress of the IUCN voted in favor of placing a moratorium on the practice until the environmental impacts can be fully researched and understood.  Emmanuel Macron, the French president, has called for a legal framework to stop deep-sea mining from going ahead and urged countries to put their money into science to better understand and protect the world’s oceans.

Companies that support deep sea mining are interested in metals that are found on the ocean floors. Proponents of the practice see the deep-sea bed as a potential source of important metals like copper, nickel, aluminum, manganese, zinc, lithium and cobalt that are used in cellphones but also renewable energy technology like wind turbines, electric vehicle batteries and solar panels.

But, is there another way? Have conscientious capitalists, like Yvon Chouinard, the founder of the outdoor-apparel maker Patagonia, exhausted all the different possibilities to use different materials and new technologies to help save the planet, get us to zero emissions while improving the lives of all people across the globe. Or, are we still being led by the nose by big corporations whose only goal is the relentless pursuit of profit?

Some content provided by The Guardian, Stuff, Greenpeace, Nation of Change, and Google.

Published in Politics and World